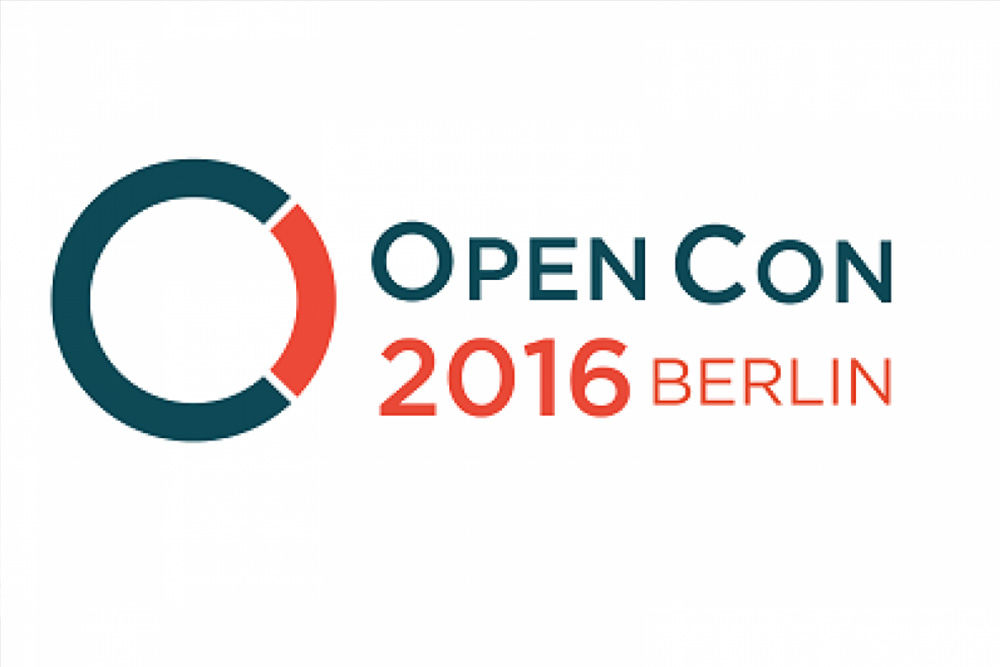 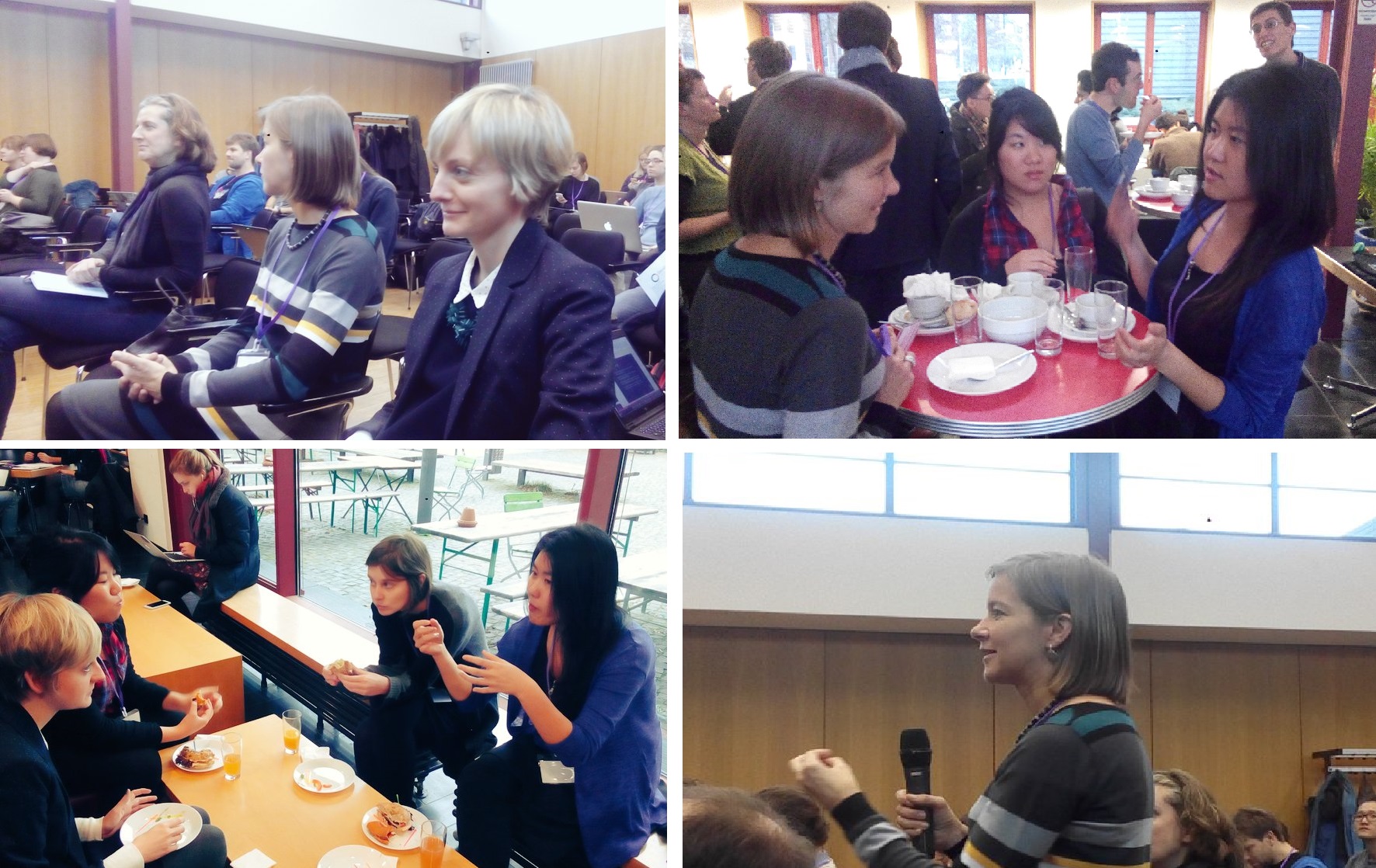 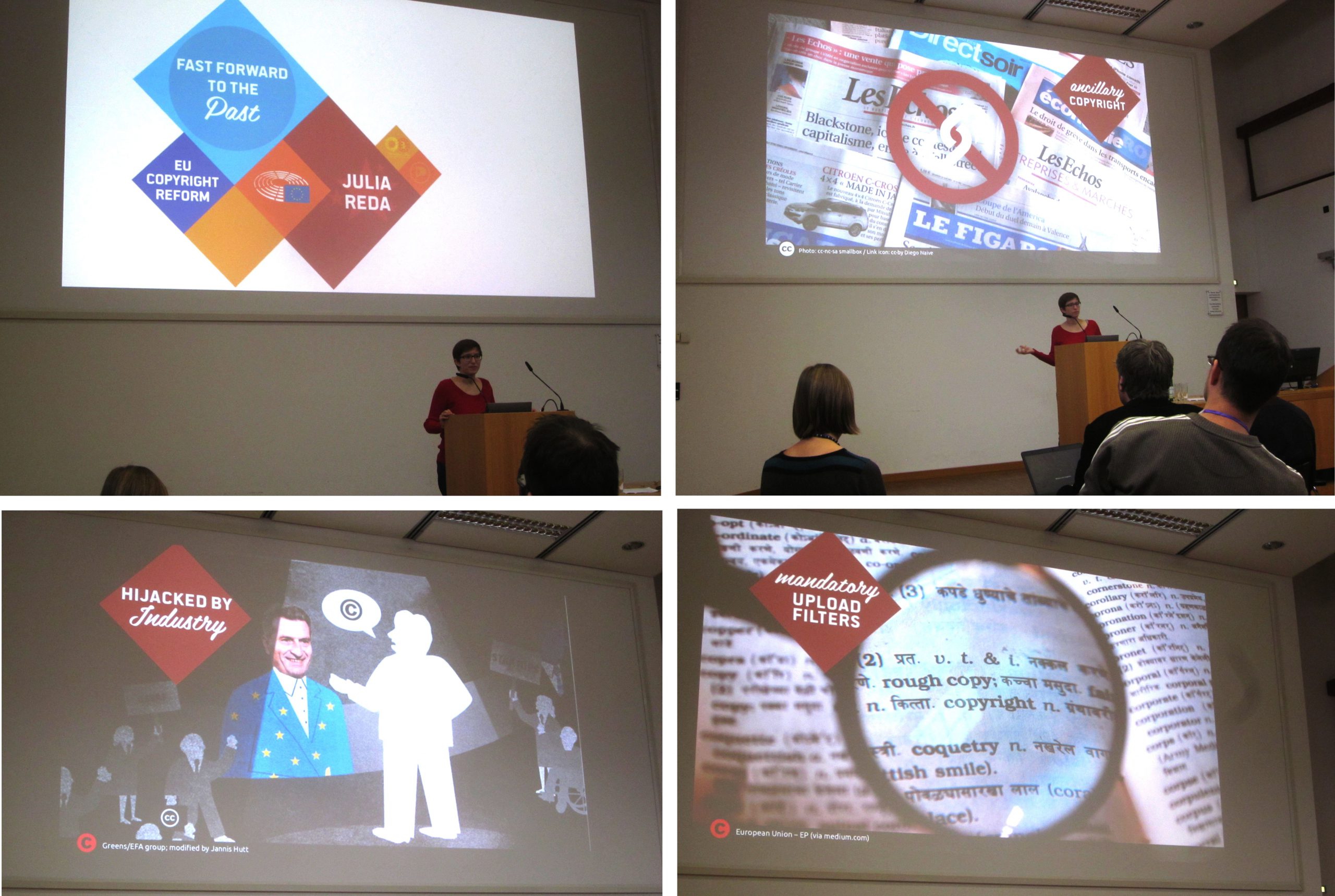 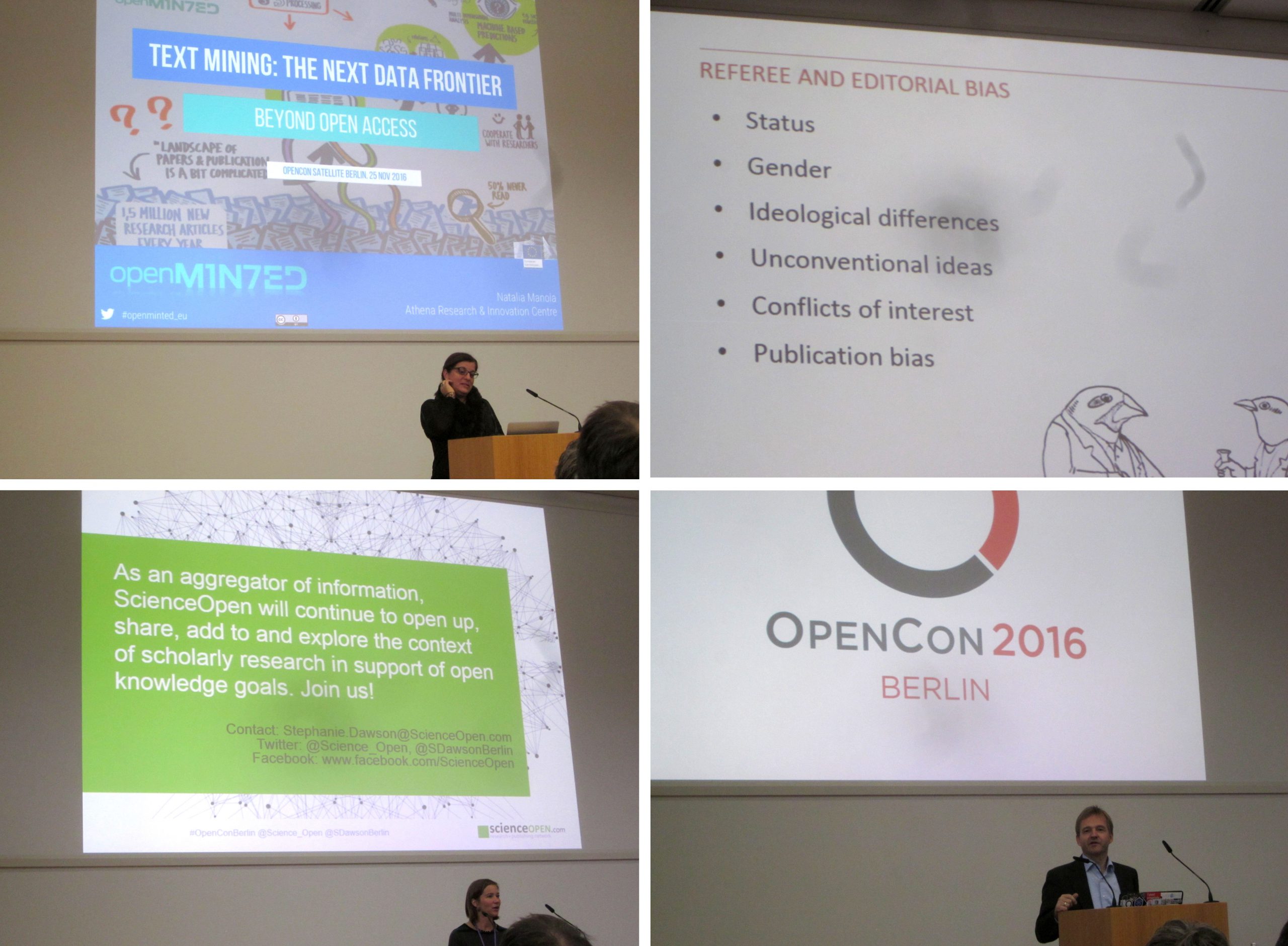 A Summary of OpenCon Berlin 2016

OpenCon is known as an early career conference that mainly focuses on Open Access, Open Education, and Open Data. It offers a platform that brings together students and academic professionals to support the next generation to advance openness in research and education.

Once a year, OpenCon organizes a meeting that brings together leading students and professionals from across the world to learn about present issues, develop critical skills, and learn from each other in the different fields of science and scholarly publishing.

OpenCon Berlin was one of numorous satellite events that took place after the main OpenCon 2016 conference that happened earlier this November in Washington, DC. It was organzied by OpenAIRE, ScienceOpen and Digital Science in cooperation with the Computer and Media Service of Humboldt-Universität zu Berlin

Berlin has had a very active Open Access community and during this event, seasoned members, as well as new researchers have joined the three day event that included a hackathon (24th of Nov), the main event with several talks and breakup seassions (see below) and a brainstroming session on the last day (26th of Nov).

The overall theme this year was without a doubt collaboration. Alongside presentations and interesting talks made by those who have benefited and gained from open information, the key note speaker, Julia Reda, gave a great insight into copyright laws that concern universities and libraries. Copyright law is still a niche topic in parliament and issues like GeoBlocking are still very much a problem when it comes to allowing citizens equal knowledge to resources. Public institutions like libraries are officially allowed to make digital copies of their collections. However, this does not mean that they have the permission to put those documents online for the public. The same laws forbit teaching staff in official institutions to make articles and academic reading material publically availiable. So where does this leave Open Education? What about Citizen Science?

During the event active conversations took place where people shared advice and success stories about the industry and it was pleasently surprising what a prominent topic Citizen Science has become in the Open Access world. Besides publishing, data mining and open peer review, Citizen Science has became a pillar of the Open discussion and is definitely on people’s minds when it comes to making research more available. Scientists and open education advocates become increasingly aware that the public is an important part of their work and should be acknowledged as such in discussions about Open Access.
Many new contacts and friendships were made that day and most of the actual conversation happened over coffee and lunch. To make science more equal, open and successful, young academics need to be involved as soon as possible to shape the future of research. OpenCon Berlin and all the other satellite events did just that and we hope to see many great changes until next years events.

Discussions and resources will be collated via open documents like etherpads and collected as outputs of the event in the following days.

If you want to become an Open Access or Open Education advocate check out SPARC (the Scholarly Publishing and Academic Resources Coalition) or take part in other OpenCon events! Find more information on how to get involved in the OpenCon community