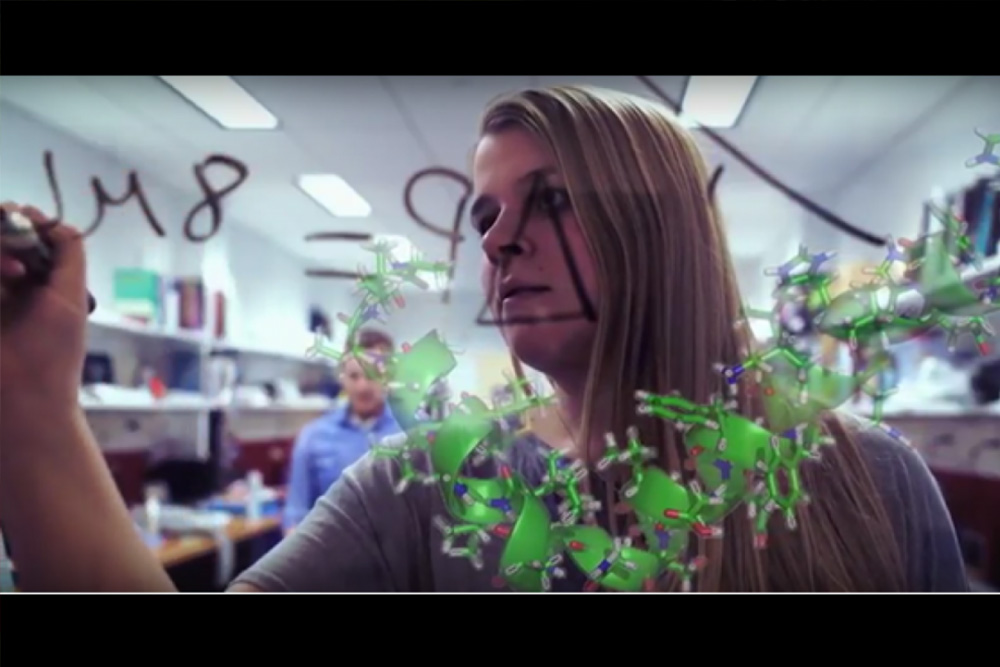 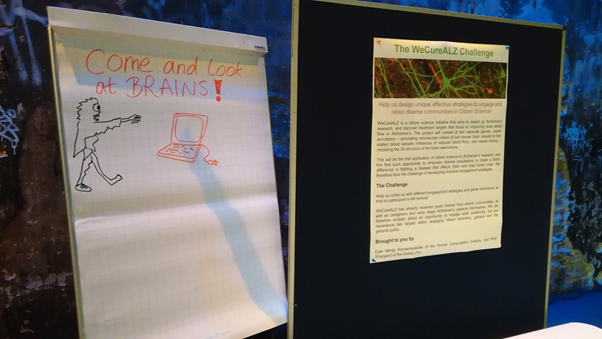 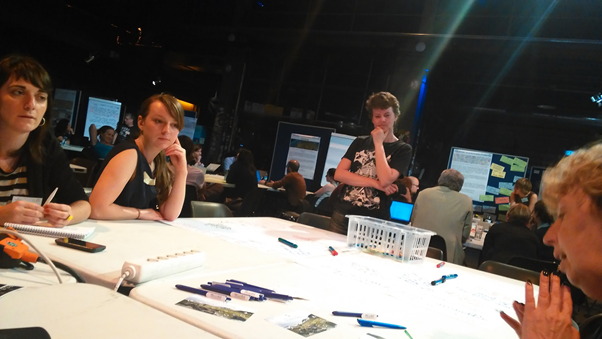 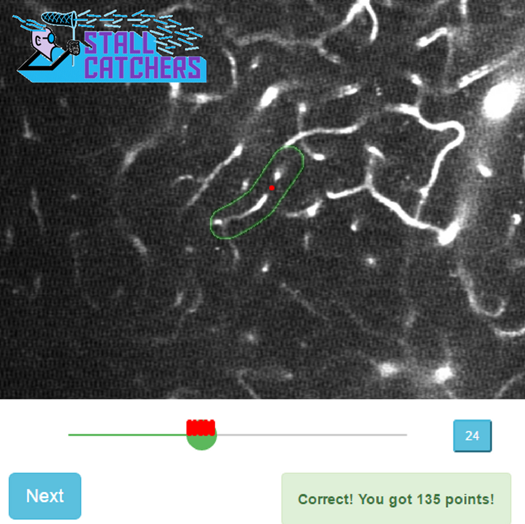 EyesOnALZ – a project to crowdsource Alzheimer’s disease (AD) research by the Human Computation Institute, has just launched its first team competition on the Stall Catchers citizen science game, and is inviting new players to join & create teams to #CrushALZ.

The “Stall Catchers” name was selected during a ThinkCamp session at ECSA 2016. The “EyesOnALZ: Engaging Diversity” challenge has gathered a number of ECSA & local community members, who helped to define not just the name, but other aspects of the project as well. These included defining the best approaches for gamifying the citizen science task, and ways to involve diverse communities, including the elderly, caregivers and even AD patients themselves.

Find a video from the event here

Since then, EyesOnALZ has successfully launched Stall Catchers – an online game that aims to speed up Cornell University’s groundbreaking AD research. This research, conducted in the Schaffer-Nishimura Lab, focuses on the role of reduced blood flow in the brain found in AD patients. In Stall Catchers, participants analyze movies of a live mouse brain to identify “stalls” – blocked capillaries where blood is not flowing.

The game currently has over 4,000 participants, ages 8 to 88, and has been presented at meet-up sessions in retirement communities in the US. The team is planning future outreach in science museums, as well as a K-12 curriculum programs.

The EyesOnALZ project is featured in Episode 1 of The Crowd & The Cloud documentary on citizen science, which premiered in April 2017.

The Stall Catchers team competition to #CrushALZ kicked-off during the live streaming after-show event of The Crowd & The Cloud, and in the first hour as many as 1500 vessel movies were analyzed, climbing to 3 thousand in the next 3 hours. This number of vessels takes almost three weeks to analyze in the lab. Taking into account that 20 crowd answers are currently needed to get a single expert-like answer, the crowd is analyzing the data ten times faster than in the lab!

During the first 3 days of competition, 15 teams have analyzed over 30 thousand vessels, completing almost 5% of the overall vessels required to answer the current research question, which looks at the link between stalls and the locations of amyloid plaques in the brain of mice with AD.

Using the traditional laboratory-based analysis, it would take over a year to answer this question.  So this is a major boost to the research carried out at Cornell, which, according to EyesOnALZ biomedical collaborator Chris Schaffer, “would be impractical without Stall Catchers”.

To make sure the research goal is achieved by the end of the month-long competition, Stall Catchers still need more eyes! The team of EyesOnALZ invites everyone to join or create a team on Stall Catchers for their organization (complete instructions can be found here). Daily results are reported & the most active teams are featured on the EyesOnALZ blog (see links to all reports here), EyesOnALZ social media channels, and those of partnering organizations.