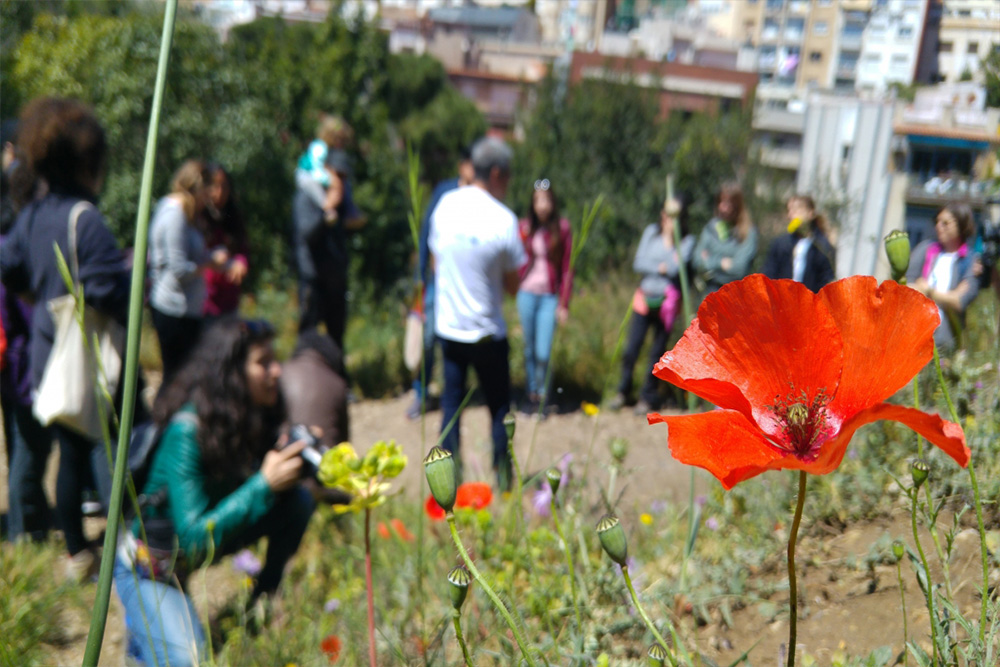 Cos4Cloud: a European project to revolutionize the technology of citizen science

The European Union promotes Cos4Cloud, an ambitious project that will create cutting-edge technology services to improve citizen science platforms. Among other services it will include: integrating observations from different citizen science platforms into a portal, artificial intelligence tools that help citizens recognize species when they send an observation and standardize data from different platforms. These technological services will be available in the new European Open Science Cloud (EOSC), so that each new or existing project will be able to choose and install the ones it needs and improve its functionalities.

Cos4Cloud (Co-designed citizen observatories for the EOS-Cloud) aims to develop ten technological services so that citizen science platforms, known as citizen observatories, are viable in the long term and more global in scope. The project, co-funded by the European Horizon 2020 program, will make these services available to the entire community in the new European Open Science Cloud (EOSC), a virtual space aimed at European scientific staff. “It will be like going to a supermarket to take the ingredients that interest us to improve or create our own citizen observatory”, says Jaume Piera, Institute of Marine Science of CSIC (ICM-CSIC) researcher and project coordinator. The services will be presented in the form of modules, in this way, each new or existing project will be able to choose and install the ones it needs and improve its functionalities.

Cos4Cloud started with the team’s kick-off meeting in November 2019 and will finish in 2023. The project is coordinated by the ICM-CSIC from Barcelona, and relies on the participation of the research centres CREAF and IFCA-CSIC and the companies: Science for Change and Bineo Consulting from Spain, the Swedish University of Agricultural Sciences in Sweden, the National and Kapodistrian University of Athens in Greece, the INRIA research centre in France, The Open University,  Earthwatch and the company DynAIkon located in the United Kingdom, the non-profit organization: 52°North, the company Secure Dimensions and the European citizen science association (ECSA) in Germany, the Dutch company DDQ and the Colombian NGO Trébola. There are also nine citizen science observatories that will be used to test the new services.

A unique language to understand and exchange data between observatories. One of the first challenges will be to establish a “common vocabulary” among all citizen science data “Right now many of the citizen science projects work without international standards, this prevents data from being reused and easily integrated or shared between projects easily”, comments Joan Masó, researcher at CREAF and coordinator of the interoperability part in Cos4Cloud.

A portal where the observations of multiple citizen science platforms will be integrated. Another of the proposals is to create a portal in which the set of observations from several platforms are available. “For example, if a scientist wanted to carry out a study on the distribution of squirrels in her country, all squirrel observations could be downloaded from this portal without worrying about the citizen science observatory or the country they come from”, points out Karen Soacha, researcher at ICM-CSIC and Cos4Cloud.

Use artificial intelligence as an ally in the identification of species. Automatic image recognition that can be used thanks to machine learning will also be a protagonist in the design of services. This technology is already used in citizen science projects such as PlantNet, where you send the photo of a plant and it helps you to identify it. “In Cos4Cloud, in addition to making this technology available to other citizen science projects, we want to go one step further and suggest the species that you can find in a certain area”, explains Alexis Joly, researcher at INRIA and Cos4Cloud.

In addition, automatic video recognition services, advanced mobile application interfaces and other innovative technological advances will be developed in order to improve the quality of citizen observatory data.

The Open Science European Union Agenda considers citizen science as the eighth priority together with the creation of the EOSC. Therefore, this open virtual space will integrate most of the services and results of Open Science that are carried out in Europe in the coming years and also those coming from Cos4Cloud. The objective is that European scientific personnel can reuse these resources for their research, innovation and educational purposes. “By doing this we want to make sure that the economy of the citizen science platforms is not a limitation to its developing and maintenance with the best technology” reflects Miquel Ángel Rodríguez, grant manager of Cos4Cloud.

The key of Cos4Cloud success will be multidisciplinary and international collaboration

Cos4Cloud relies on the participation of a network of citizen science projects focused on biodiversity and the environment. These platforms will be responsible for testing the different services with their users. Four of the largest citizen biodiversity observatories in Europe will collaborate in the first part of the project: Natusfera, iSpot, PlantNet and Artportalen. In the second part, the services will be tested on platforms focused on environmental monitoring in water (Freshwater Watch and KdUINO), of odours in the city (OdourCollect), in the air (CanAir.io) and by aerosols (iSpex).

“In the long run, our idea is that citizen science projects in other areas such as health can benefit from these services. We also want to facilitate citizen initiatives to collaborate and dialogue with each other”, concludes Jaume.